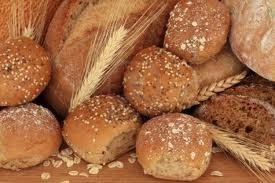 A little bit of History

Although Bread, in one form or another, is one of the oldest prepared foods, dating back to the Neolithic era, the ancient Egyptians are recognized as the true inventors of the bread. They were making the dough smooth by trampling on it with the feed following the music, then they would cook the bread on hot stones. It was also them who observed the phenomenon of fermentation and spread the use of sourdough. They were so skilled in the art that they made over fifty different types of bread adding poppy seeds, sesame and camphor. The bread was used as money or to bargain. A priest of the temple was paid with 360 pitchers of beer, 900 loaves of bread and 30 thousand cakes cooked on the coals.

It was an essential food for the Egyptian civilization, but also Greek and Roman and later North Africa. Athens produced 140 varieties of bread. Later, Israel build on the bread all its religious and social laws.

Origin of the name

The English word bread is probably derived from the root of the word brew.

Bread protects against cancer and cardiovascular diseases. It is what is contained in the crust that encourages growth, repair tissues and produce antibodies, hormones, enzymes that our body is not able to produce on its own.

The wholegrain bread contains fiber, that takes longer to chew and that alone could help limit consumption, besides the health benefits:

There are many idiomatic expression in Italy that refer to bread:

There are many things you could do with it. Make breadcrumbs and use it to put over the pasta instead of cheese; make bruschetta or make a delicious meal…. 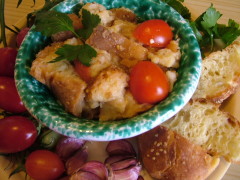 For a Sicilian to throw away bread is a sin! But what do we do with left over bread? We have many recipes and today I’ll like to share with you one of the most famous, not only in Sicily but all over Italy. So famous that in the seventies the theme song of a popular sit-com was talking about “La Pappa col Pomodoro” (Cooked bread with tomatoes).   In the old days, cooked bread was given to infants, convalescents or elderly with teeth problems... go to the recipe! 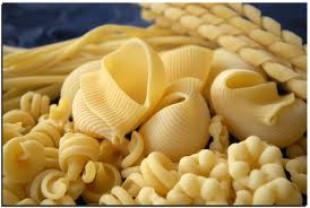